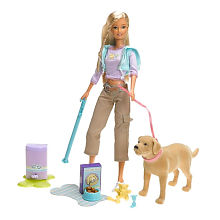 Well, I can’t help but feel that today was a bit more poop than scoop.

We first went to the American Science and Surplus in Geneva, IL. I had heard that “the Chicago store” (either this one or the downtown one) was far bigger than the Milwaukee store. Nope. Geneva’s is much smaller. The manager, who has worked at all 3 stores, thinks that the Milwaukee store is now the largest. Note that I was still able to find things to buy, heh.

Fermilab is now officially and completely surrounded by sprawl. Last time I saw it, it was waaaay out in the middle of nowhere. Now it’s conveniently bracketed by WalMart superstores. Just in case those high-energy dudes and dudettes need a quick shot of Jolt.

And, saddest of all, the otters at the Union Federal Bank in Kewanee, IL were asleep. Their habitat is very impressive, especially considering it is in the middle of a small bank in the middle of the midwest. Two stories tall, with slides, waterfalls, and even a solarium (closed for the season). We got there just as the bank was closing, so there wasn’t time to wait around and see if the otters would eventually come out to cavort.

But, on the up side, Mayo’s new portable water dish (a Lixit Waterboy) works like a charm. $15 at PetSmart. A very clever, simple design that can be used in a moving car (or even a Jeep!).

And Peoria is a remarkably nice little city. Far prettier than I expected. In rolling hills covered with oak trees, next to the durn big Illinois River. Plus, they just put in a new off-leash dog park, which Mayo and I managed to track down right at sunset. Nice way to end the day.