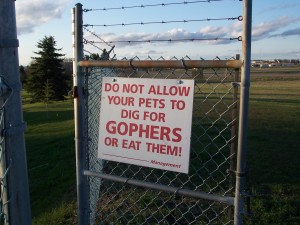 The last few nights have really covered the gamut of RV parks. We stayed in: